The German Myth Of The East PDF Download eBOOK

Download full The German Myth Of The East Book or read online anytime anywhere, Available in PDF, ePub and Kindle. Click Get Books and find your favorite books in the online library. Create free account to access unlimited books, fast download and ads free! We cannot guarantee that book is in the library. READ as many books as you like (Personal use).

An examination of the various different expressions of the distinctive German 'myth of the East' that has been such a marked feature of German culture over the last two centuries, influencing German attitudes both to Eastern Europe itself and also to Germans' own sense of identity.
RELATED BOOKS 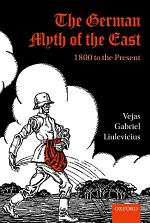 Authors: Vejas Gabriel Liulevicius
Categories: History
An examination of the various different expressions of the distinctive German 'myth of the East' that has been such a marked feature of German culture over the last two centuries, influencing German attitudes both to Eastern Europe itself and also to Germans' own sense of identity.
Language: en
Pages: 292

Authors: Vejas G. Liulevicius
Categories: Europe, Eastern
Examining the various different expressions of the distinctive German myth of the East, Vejas Liulevicius discusses its importance as a feature of German culture over the last two centuries, which has influenced German attitudes both to Eastern Europe itself and also to Germans' own sense of identity. 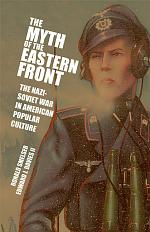 The Myth of the Eastern Front 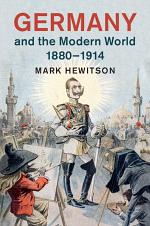 Authors: Mark Hewitson
Categories: History
Re-assesses Germany's relationship with the wider world before 1914 by examining the connections between nationalism, transnationalism, imperialism and globalization. 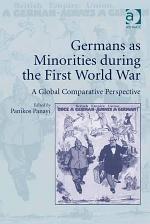 Germans as Minorities during the First World War

Authors: Professor Panikos Panayi
Categories: History
Offering a global comparative perspective on the relationship between German minorities and the majority populations amongst which they found themselves during the First World War, this collection addresses a theme of major concern to historians of twentieth-century Europe. Emerging from a long term co-operative project, which culminated in International Colloquium at De Montfort University in 2011, the book brings together scholars from throughout the world who have worked on aspects of the subject over many years. Divided into two sections, the volume opens with three overview chapters, which provide a background to the second section of ten chapters in which the individual case studies tackle key questions. These include: the extent to which an established German community existed before the outbreak of the First World War, and whether it survived the conflict; how 'public opinion' (the press, parliament and ordinary citizens) reacted towards the presence of German enemy aliens in their midst; how governments treated their German populations during the First World War; why nation states and their populations throughout the world behaved in a similarly intolerant manner towards Germans in their midst; whether the War represented a significant turning point in the evolution of nationalism and xenophobia; and if there was a 'copycat' element amongst both state behaviour and the attitudes of populations towards Germans throughout the world from New Zealand to Russia? By exploring these and related issues, the collection uses the example of the experience of Germans, to see whether the First World War can be regarded as a turning point in the mistreatment of minorities, one that would lead to even worse manifestations of racism later in the twentieth century. 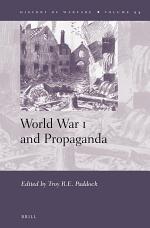 World War I and Propaganda

Authors: Professor Panikos Panayi
Categories: History
World War I and Propaganda offers a new look at a familiar subject. Scholars examine the complex negotiations involved in propaganda within the British Empire, in occupied territories, in neutral nations, and how war should be conducted. 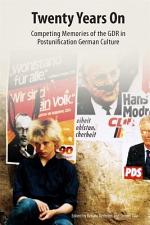 Authors: Renate Rechtien, Dennis Tate
Categories: History
New essays on the evolution of cultural memory of the former German Democratic Republic since 1989-90 and its importance for Germany's continuing unification process. 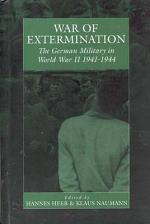 Authors: Hannes Heer, Klaus Naumann
Categories: History
Among the many myths about the relationship of Nazism to the mass of the German population, few proved more powerful in postwar West Germany than the notion that the Wehrmacht had not been involved in the crimes of the Third Reich. Former generals were particularly effective in spreading, through memoirs and speeches, the legend that millions of German soldiers had fought an honest and "clean" war and that mass murder, especially in the East, was entirely the work of Himmler's SS. This volume contains the most important contributions by distinguished historians who have thoroughly demolished this Wehrmacht myth. The picture that emerges from this collection is a depressing one and raises many questions about why "ordinary men" got involved as perpetrators and bystanders in an unprecedented program of extermination of "racially inferior" men, women, and children in Eastern Europe and the Soviet Union during the Second World War. Those who have seen these terrible photos of mass executions and other atrocities, currently on show in an exhibition in Germany and soon to be in the United States, will find this volume most enlightening. 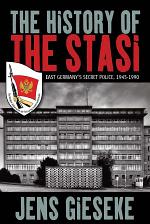 The History of the Stasi

Authors: Jens Gieseke
Categories: History
The East German Ministry for State Security stood for Stalinist oppression and all-encompassing surveillance. The "shield and sword of the party," it secured the rule of the Communist Party for more than forty years, and by the 1980s it had become the largest secret-police apparatus in the world, per capita. Jens Gieseke tells the story of the Stasi, a feared secret-police force and a highly professional intelligence service. He inquires into the mechanisms of dictatorship and the day-to-day effects of surveillance and suspicion. Masterful and thorough at once, he takes the reader through this dark chapter of German postwar history, supplying key information on perpetrators, informers, and victims. In an assessment of post-communist memory politics, he critically discusses the consequences of opening the files and the outcomes of the Stasi debate in reunified Germany. A major guide for research on communist secret-police forces, this book is considered the standard reference work on the Stasi and has already been translated into a number of Eastern European languages. 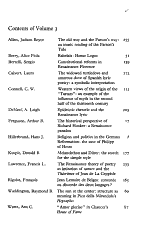 The Journal of Medieval and Renaissance Studies 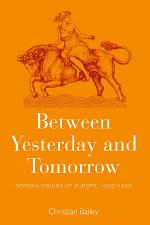 Between Yesterday and Tomorrow

Authors: Christian Bailey
Categories: History
An intellectual and cultural history of mid-twentieth century plans for European integration, this book calls into question the usual pre- and post-war periodizations that have structured approaches to twentieth-century European history. It focuses not simply on the ideas of leading politicians but analyses debates about Europe in "civil society" and the party-political sphere in Germany, asking if, and how, a "permissive consensus" was formed around the issue of integration. Taking Germany as its case study, the book offers context to the post-war debates, analysing the continuities that existed between interwar and post-war plans for European integration. It draws attention to the abiding scepticism of democracy displayed by many advocates of integration, indeed suggesting that groups across the ideological spectrum converged around support for European integration as a way of constraining the practice of democracy within nation-states. 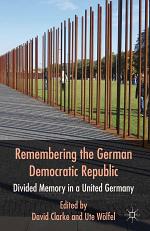 Authors: D. Clarke, U. Wölfel
Categories: Political Science
Memories of and attitudes to the German Democratic Republic (GDR), or East Germany, within contemporary Germany are characterized by their variety and complexity, whilst the debate over how to remember the GDR tells us a lot about how Germans see themselves and their future. This volume provides a range of international perspectives.